This site is the online home of BC Holmes. “But who is this BC Holmes you speak of?” I can hear you asking. Well, maybe you’re asking that. Maybe someone, somewhere is asking that. Or perhaps not. Regardless: let’s not get bogged down in the details. The fact is, I’m going to tell you who BC is. Because… you see… I am BC Holmes. I bet you didn’t see that coming.

So now that that’s out of the way, I can tell you a few things about me. I am, in no particular order, an IT consultant, a social justice activist (especially in regards to Haiti), a trans person, a writer and cartoonist, an sf fan, a pinko-commie feminist, a film-lover and a Canadian (eh?).

I’ve been working in IT for over 20 years now. I did a longish stint at IBM, followed by a short stint at Manulife Financial, and for the last 12 years, I’ve been working for Intelliware Development. Intelliware is an IT development shop that rents out teams to develop custom business software. I’ve been working as an architect there since I began. My official title is “Technical Director, e-Health,” which means that I’ve worked a lot with the Canadian e-Health standards, and have built various systems to exchange HL7 and other healthcare data. At the moment, though, I’m working in mobile development. Often for large financial institutions. To be honest, I find the healthcare space more interesting, but our company is more oriented toward bespoke software, and it’s sometimes harder to justify that in the health care world.

While at Intelliware, I became fluent with Agile Development — in particular Intelliware’s i-Proving methodology. Truth is, it looks and smells a lot like eXtreme Programming. In fact, Kent Beck is a friend of my bosses, which probably has a lot to do with why i-Proving is so reminiscent of XP.

And even though I work in custom business software, I am a proponent of free, open source software. I’ve tinkered on a few open source projects — nothing you’re likely to have heard of though. Or maybe that’s not completely true: I think my name is still in the Javadoc of some of the Apache HttpClient classes. Go me! 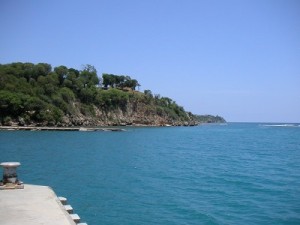 I first traveled to Haiti in 2002. It was my first experience with a 3rd-world country (what the New Internationalist calls the “majority world”), and it opened my eyes a lot to global poverty. Then in 2004, there was a coup, and that completely politicized me. I’ve been to Haiti something like 10 times in the last 10 years. I’ve taken vacations there, I’ve taken part in human rights delegations, I’ve volunteered with NGOs. And sometimes I’ve been forced to re-evaluate the usefulness of some of those activities.

At the same time, I’ve also been forced to learn a lot more about the world-wide effects of globalization, neo-liberal trade policies, the neo-colonialist activities of rich, Western countries, and the role of capitalism in undermining democracy. I could probably go on and on for hours on this topic. Several years ago, I started hanging out with the Toronto Haiti Action Committee, and I do a lot of events with them.

One of the delegations I did resulted in me being in Haiti just days before the 2010 earthquake happened. As a result, I ended up doing a lot of media spots on TV and radio in the days after the quake; that was a very busy time for me.

I have a personal goal to become fluent with kreyòl.

I’m not sure that I can discuss my gender in two paragraphs. I’m a trans woman and that’s shaped a lot of my experiences, a lot of the way that I view the world, and a lot of my interests. I try to be pretty “out’ about my gender. I don’t hide the fact that I’m trans, and I’m not uncomfortable talking about it.

I’ve written a lot about trans issues on my website and on my Dreamwidth blog, so if you want to know some of the things that I think about being trans, that’s probably a good place to start. The problem with written content is that I change, and often it doesn’t. Oh well.

Art is Why I Get Up in the Morning

I’ve been trying to think of my artistic interests more as “real things.” Not just hobbies or little things I tinker around with, but as meaningful parts of my person. Writing has been a part of my life forever. Ever since I was a kid, I wrote stories — a lot of it wasn’t very good, mind you. But the urge to create my own stories has always been with me. I’ve had a couple of really good, intense writing groups over the years. The first group I was in, just out of university, had a fluctuating membership, but there were three core members (including me). The other two published novels years ago. Not me, though. I’m the underachiever. I’ve had a small handful of publications, mostly short stories. Truth is, I’m a bit lazy about the most important parts of being a writer: sending out manuscripts.

Over the last few years, I’ve also returned to drawing. I started a program at George Brown College to get a cartooning certificate (I finally obtained the certificate in 2011) — my favourite medium is the comic book/graphic novel form in India ink. I favour the crowquill pen, but I want to get better at brush work. I also had to learn to use watercolour, gouache, and acrylic paints. I’m pretty bad at all of them.

Here are scans of the pages from my final assignment in my last cartooning class — it was a self-directed project, on any topic that we wanted.

My Fandom is Large; It Contains Multitudes

I’ve been an SF fan for most of my life, although for much of that time I’ve been more into film, TV shows and comics, than into books. My brain has been optimized for visual media at a very early age, and I gravitate toward visuals in a big way.

Growing up in Sarnia, I didn’t discover SF fandom until fairly late in life. There weren’t really SF cons in Sarnia, or in any place near Sarnia that I had access to (although I did once attend a comic convention in Ypsilanti, MI). Once I discovered cons, though, I found my people.

I became a regular attendee of Toronto Trek (now called Polaris), but I haven’t attended for the last few years. Why? Well, because Polaris pales beside my current favourite con, WisCon: the World’s Leading Feminist Science Fiction Convention.

The part of being an SF fan that’s weird and hard to talk about relates to this popular stereotype of the person with bad social skills who dresses like a Klingon. To be clear, I have bad social skills, and I know people who have dressed as Klingons. But this is the type of SF fan that you see on sitcoms, and the SF fans that I know bear so little resemblance to that. I’m sure it’s not shocking to suggest that sitcom characters are sometimes lacking in analysis, but I think that the kind fan that we see in sitcoms are really based on sports fans, but instead of football jerseys and painted faces, they’re wearing Star Trek outfits. They’ve got that sporty kind of over-the-top enthusiastic jingoism that doesn’t read right to me. And yet, if I tell someone that I’m an SF fan, that’s what they think I’m saying. Have Klingon suit; will travel. Hm. 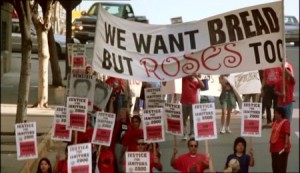 The type of person that attends WisCon also tends to be the type of person who engages in interesting analysis of aspects of fannish culture. Sometimes I’m amazed by little observations fannish people make: a friend of mine, for example, was talking about looking down upon fanfiction in the context of a “bread and roses” argument. I thought that it was a really interesting comment, but I’d be hard-pressed to explain it succinctly.