There are some inconsistencies in the face that I wish were better, and the scale on her hand in lower left version bugs me.

But mostly I was playing with how the character looked in different eras.

I ended up not inking this piece: just coloured under pencils.

January 8, 2020 BC Holmes Uncategorized No comments

I decided I wanted to refresh my Twitter banner, and I decided on a “TO Comix and me” theme.

So the new banner includes a bunch of characters I created and/or co-created while working on various TO Comix books.

Some of my co-creators include Xan Grey, Brenna Baines, Dee Williams and Meaghan Carter, and Alex Moore.

I wrote all of these characters, and it’s pretty seductive to think “before I came along, nothing about these characters existed, but then I put them in the story, and now they exist, and therefore I created them.” But the artist contribution to characters is pretty important and writers need to acknowledge their contribution.

I remember the early eighties, when “creator owned content” was a huge deal. Marvel and DC resisted the idea, because they wanted to claim ownership of all the characters created for them. (DC finally partially relented and credits creators of individual characters according to some byzantine rules). Marvel has little interest in acknowledging individual creators other than Stan Lee (and now, thanks to a lawsuit settlement that avoided a supreme court hearing, Jack Kirby). And they’re the big two. Most of the 80s-era creator-owned content publishers died out (although some of the stuff created in that era, like the Teenage Mutant Ninja Turtles, continues to be thriving properties.

June 12, 2019 BC Holmes Uncategorized No comments

Meaghan Carter has some interesting thoughts about ProCreate for the iPad.

10 Things I Wish Were Better in Clip Studio

June 8, 2019 BC Holmes Uncategorized No comments

I like Clip Studio Paint, and it’s my go-to tool for comics work. But that’s not to say that I’m not occasionally underwhelmed by some of its features. I have the Ex version. Here’s a list of 10 things I wish were better about Clip Studio Paint.

There are some default brush settings that I find really annoying, and it’s especially annoying that they’re default options.

The one that I find most irritating is the setting that makes brush sizes relative to zoom. So if I pick my favourite inking brush and expand it out to 30px — which means that at maximum pressure, the brush is 30px across (unless you’ve turned off pressure sensitivity) — the size is based on screen size, not paper size. So if I zoom in, 30px on the screen represents a larger area of the paper, and the weight of the line appears a lot heavier. If you want consistent line weights, zooming in screws you up. Suddenly everything you’ve inked at the zoomed-in scale is heavier than the lines you ink while zoomed out. I’m sure that there’s a scenario where you might want that, but I suspect that they’re rare. Nonetheless, this option is turned on by default. 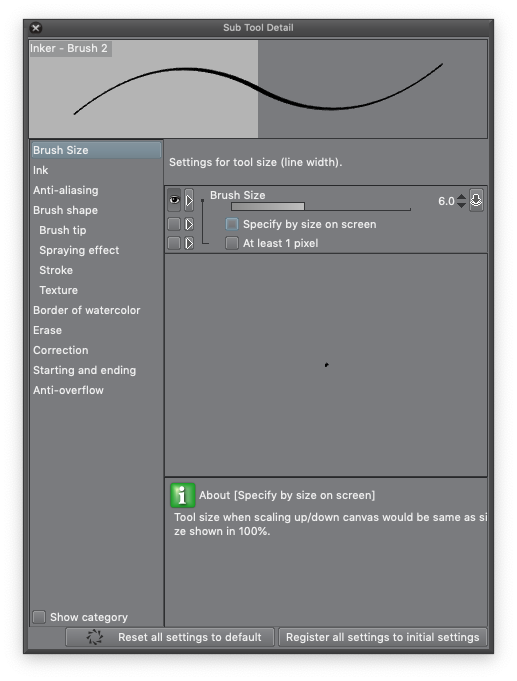 January 6, 2018 BC Holmes Uncategorized No comments

END_OF_DOCUMENT_TOKEN_TO_BE_REPLACED

I’ve been experimenting with Manga Studio recently. There’s some stuff about it that I like (vectors and raster on the same drawing!), but every once in a while, I’m gobsmacked by the dumb. Like this:

If you turn on the canvas rulers, it marks out the measurements in whatever unit your canvas uses — I tend to go with inches. But it doesn’t give you, say, eighth-of-an-inch increments. It’s whole inches. Yargh.

Sure, I can switch over to cm or pixels, but why?

END_OF_DOCUMENT_TOKEN_TO_BE_REPLACED 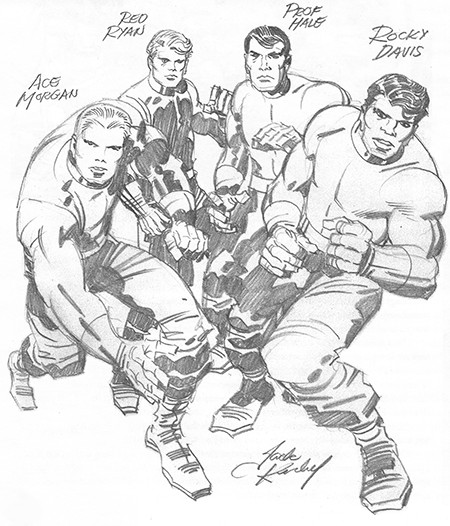