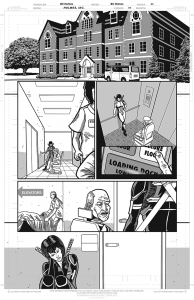 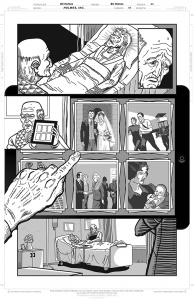 These are pages two and three of the story I illustrated. The writer is Tuhin Giri (he’s also the illustrator of my story), although these pages aren’t lettered, so you can’t actually read any of Tuhin’s words).

I decided, going in to this, that I was gonna use the process to experiment with digital inking. And I knew that the end result would look a bit weaker due to inexperience with this medium. Things I like:

So, there are things I like and things I don’t like. I wanted the experience of inking digitally, and this exercise helped, even though there were certain things that would have worked out better if I’d inked traditionally. But I’m happy to have tried something new.

The final book should be out around the end of August; I’ll post about that when I know more.