I heard, once, that the cast of the TV show, Bewitched used to actively conspire to put queer subtext and themes into the show. I don’t know why that story has always stuck in my mind; mostly I just like subverting heteronormativity in media.

The other night, the Holmes, Inc. class did more pitches. People who are solely-writers have basically finished their major deliverables, and have some time to kill, so they’re being given a new task. Each of them gets to write up a one-page text item (such as, for example, a diary entry) about a member of Holmes, Inc. There are seven solely-writers, and seven main characters in Holmes, Inc., so if each writer tackles one character, everyone gets a moment to shine. And last night was the night the writers pitched their ideas of what they’d write about. Me, I’m not a solely-writer (I’m a writer-artist! Go me!), so I don’t take part in this.

Everyone was supposed to come with three pitches. One of the writers was a bit over-zealous and came up with one for each character, so that list of pitches had to be pared down pretty quickly. I was most interested in one of those pitches that was quickly cast aside (not in the sense that I thought it was the best idea, but just that it had interesting elements). The key idea kernel that perked up my ears was that the proposed writing would reveal that one of the characters was bisexual. Specifically, Edgar Jr.

Edgar Holmes Jr. (often just called “Edgar” because Edgar Sr. is called “The Old Man”) is part of the youngest generation of Holmes, Inc. members. Here’s his brief character blurb from one of the Holmes, Inc. WordPress sites:

As I said, the idea was written off pretty quickly. “Edgar definitely likes the ladies,” someone said. That apparently ruled out his bisexuality.

Hm, I thought. I wonder if people know how bisexuality works? 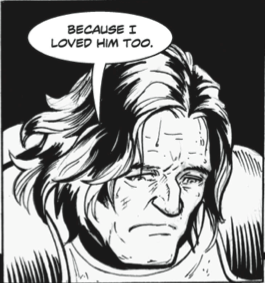 Anyway, the only reason that I’m dwelling on this, is that for a long time, in my own personal headcanon, Edgar Jr. has been bi. (What was the line that came out of the social justice and remix panel? Ah, yes, I found it in my Twitter stream: “Slashing the text is not the same as queering the text”)

And not because he’s into clothes and clearly uses a lot of hair-care products. I think I’m just hungry to see some non-het pair-bonding going on in the comic. But also, I just have a hyper-active sense of queer subtext. And, y’know, sometimes the text seems to provide breadcrumbs to follow.

Now, this is a book that already has a lot of pair-bonding going on. The book has essentially stated that Elizabeth Watson has the hots for Edgar, but that some things are best left buried. (I think they’re second-cousins or something — apparently different students have had different opinions about whether or not that’s icky). 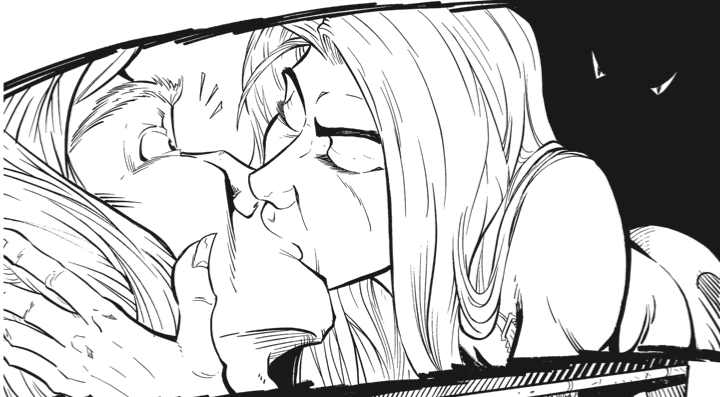 Many of Trey’s stories involve her dating (even though she’s in a relationship with Ryan). And both the Old Man and Number Two are married (to Esther and Amanda, respectively). All things considered, if there was going to be an exploration of bi characters in the series, Elizabeth or Edgar seem like the best characters for that exploration. And, for whatever reason, my brain has decided that Edgar fits best.

(Question: what does it mean to come out to a family of deductive geniuses?)

I’m one of the few people doing Holmes, Inc. for the first time (and, I think I’m one of only two first-time writers). If they let me do it again, I’m gonna start plotting how to introduce Bewitched subtext.