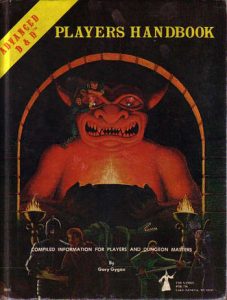 I got hooked on RPGs somewhere around 1979 or 1980. Like many folks, my gateway drug was AD&D. But, honestly, I was never quite a big fan of generic Tolkien-esque fantasy. But once I was in the RPG world, I sampled a large number of games. In those days, we could buy RPG books at the “hobby shop” at the Lambton Mall in Sarnia. Certain games and offerings were easier to come by than others. 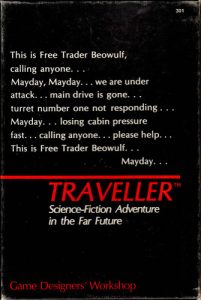 One of my friends from high school had heard of Traveller, and was keen to give it a try. I generally liked the SF environment, but I thought the rules were terrible. There were other complications. Traveller was almost-never available at the hobby store, so it was hard to find something other than the basic boxed rule set. None of the stuff relating to the Imperium setting really made its way to us. So the universe ended up feeling kind of bland. After I moved to Toronto, I ran across some of the cooler Traveller settings that I’d been missing (but the system had morphed in to MegaTraveller at that time).

Years later, I thought that GURPS Traveller was an option that made a great deal of sense (actual playable rules! And I say that as someone who has never loved the GURPS system.) But then it became T4 and a handful of other versions, and it stopped appealing.

I played the FASA game for years. Recently, I picked up the Modiphius rules and am enjoying them. 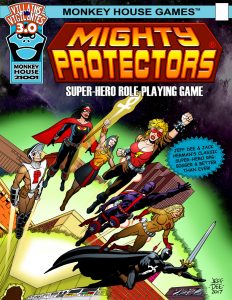 This is probably the game I played the most while growing up. I think I first picked up the game at GenCon back in, I dunno, 1982 or thereabouts? I only ever attended the one GenCon. Anyway, I came home with my own boxed set of V&V rules (2nd edition), and kept playing the game for the next several years, until I graduated from university in 1990 and my gaming group went their different ways. The game also stopped being developed by FGU, and looked essentially dead for several years. And, in a moment of foolishness, I threw away my original books. D’oh!

V&V will probably always have a special place in my heart because I played it so often during my teen years. My campaign evolved to reflect the change that was overtaking comics at the time. Comics were starting their “grim and gritty” phase, and so my campaign became grim and gritty.

My interest in V&V was re-piqued recently when Jeff Dee and Jack Herman released the 2.1 rules and later the 3.0 version. I think they need to get a few more products out the door, but I’m happy to see them succeeding.

I was also fortunate enough to play with Jeff Dee and Jack Herman a few times. First, at that GenCon, I played in two games:

I ran in to Jeff and Jack a few years later at a comic convention in Yppsilanti, Michigan, and I commissioned Jeff to draw Maggot Master for me. And, more recently, I encountered them again at a GaryCon, in Wisconsin. A group of us played alongside them in a campaign run by Bill Willingham (of Death Duel Against the Destroyers fame, and later Fables fame).

So, lots of history. 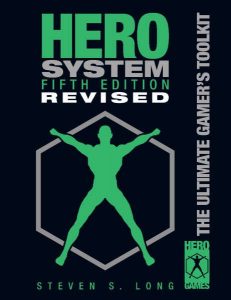 As someone who loves supers, it made sense that I’d eventually find my way to the Hero system. I first picked up the “Big Blue Book”, and was really attracted to the power of the system. In particular, I liked how the system was applicable to a wide variety of genres, and had been adapted for SF, Pulp and so forth. The next edition, Champions: The New Era was pretty much dead on arrival. But things seemed promising when Steve Long created the Fifth edition. I basically bought every product they put out for the first few years.

Again, I still liked the power of the rule system, even for non-supers games, but it took me a while to see that one of its weaknesses was how much it demanded of its players. It wasn’t good for occasional players who weren’t really in to spending a bunch of time learning the rules. Also, I found myself increasingly annoyed by how virulently anti-diversity Steve’s books were. They were never quite on the scale of, say, GamerGate, but it was a constant irritant. So I realized that it was time to vote with my dollars. Hero Games imploded some time around the sixth edition. Oh well. (I wrote a longer critique, once, on the forum of another game company).

But during the time I was using their rules, I ran a number of games using that rule set: Fading Suns and Star Trek and a Shadowrun-inspired game called The Hole were the main ones. But that’s when the complication factor started to become apparent. 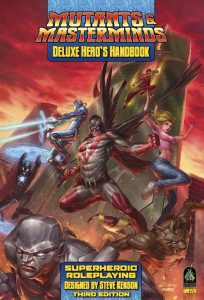 Eventually, I picked up Hero’s big competitor: Mutants and Masterminds. That’s a nice system. And attractive products: nicely laid-out books with good art (which was especially apparent after the wall-of-text layout style of Hero). It’s a good compromise on the power of the Hero rules and the need for a simpler game. For a while I was weirded out by the fact that it was using the d20 system as its base, but there’s so little of d20 in there that it’s barely a d20 game.

Here are a bunch of games that I own and enjoy, but have never really played (or have played rarely):

Esoterrorists: There were various “monster fighting” games that caught my attention for a while. Esoterrorists was one of the more interesting offers, although Night’s Black Agents also interested me. I think the combination of spy genre and monsters was a nice hook. And both of them nicely reminded me of the British TV series, Ultraviolet.

Call of Cthulhu: “More bowling balls, man! More bowling balls!” I’ve played a smattering of CoC. I think that it demands a lot of a GM to really run with the horror of the genre. The versions I played were always set in the 1920s; I’ve been occasionally interested seeing what a modern version of that looks like.

Castle Falkenstein: I was often tempted to run a version of this game. The rules for this game are a bit looser than I generally prefer, but the setting is magnificent. Victoriana is a similar concept, with some nice additions (Revolution is in the air!) and better rules. Both settings come with a certain amount of “age of colonization” baggage that generally accompanies steampunk.

Shadowrun: always loved the setting. Never got around to playing the game.

Space: 1889: Cute concept. Like Castle Falkenstein and Victoriana, it’s hard to separate the setting from colonial British history (which is, to put it mildly, problematic).

2300 AD: This was a nice mostly-hard-sf setting. It lost some focus when it incorporated more cyberpunk, but it was a cool setting.

Jovian Chronicles: I liked a lot about this setting, except for the mecha aspect. Mostly I just really like solar-system-based SF. Never played the game.

Lords of Creation: weird, weird game. Played it a lot in high school. I look back on it with more fondness than is probably deserved.

Mage: I was always more interested in this game than, say, Vampire. Modern-day spell casting always appealed to me. Only played it briefly.