Number 5: In a World…. This was a little indie film about a woman, Carol, who does vocal coaching and voice-over work. Her father, Sam, is one of the great voice-over actors, but Carol’s always been told (often by her father) that audiences don’t want to hear female voices narrating the weighty intros for movie trailers. But then Carol has an opportunity to audition for the trailer for a new film, The Amazon Games; not only does a female voice seem viable, but the trailer text is bringing back those famous SF trailer opening words, “In a world where…” I liked the film for its lightness and humour while at the same time, it tackled interesting feminist messages and really explored the idea of the personal being political.

Number 4: Her. By the time I saw Her, it had already been nominated for Best Picture, and yet I still had very low expectations. I guess a part of me feared that the topic was too hard to explore for a feature film. And it interests me that so much of the film is, essentially, talking heads, which all first-year screenwriting classes caution you against. It breaks a lot of film rules, but does so in a way that ends up being very powerful.

Number 3: Twelve Years a Slave. I didn’t get to see this one before the Oscars were announced, but in the lead-up to the Oscars, I felt confident that this would have been my favourite to win the Best Picture Oscar. Mostly, that was based on my love of Steve McQueen’s earlier work, especially Hunger. When I finally saw the film, I confess that I was a little bit disappointed. Much of what I liked in McQueen’s earlier work — in particular the way both Hunger and Shame are laden with suppressed emotion and unspoken back-story — is absent from this film. In terms of film-making style, it’s a much more traditional film. Obviously, it’s still a very important film, and a film that covers topics that Hollywood too often ignores.

I also think that, of the actors nominated for Best Actor, I preferred Chiwetel Ejiofor, and do feel like he was robbed at the Oscars. Perhaps that has something to do with me not liking Dallas Buyers Club or Matthew McConaughey’s role in it (and, oh my god, his acceptance speech was awful).

Number 2: Corbo. This was a Canadian film I saw at the film festival. Basically, it follows the story of Jean Corbo, a 16-year-old francophone in Montreal who, throughout the film, becomes more and more involved with the FLQ. Much of what I liked about the film relates to what I’ve found tiresome about films that deal with radical activism. Whenever a feature film points a camera at radical activists, the film almost-always arrives at a place where the hero of the story essentially concludes that activists’ cause might be noble, but they went too far… and I’m finding that conclusion, well, lacking in analysis. Corbo, instead, really tries to tackle questions about what is too far, and what is the acceptable use of violence in anti-colonial resistance. It quotes Fanon, heavily, and even has a scene with the activists watching The Battle of Algiers. 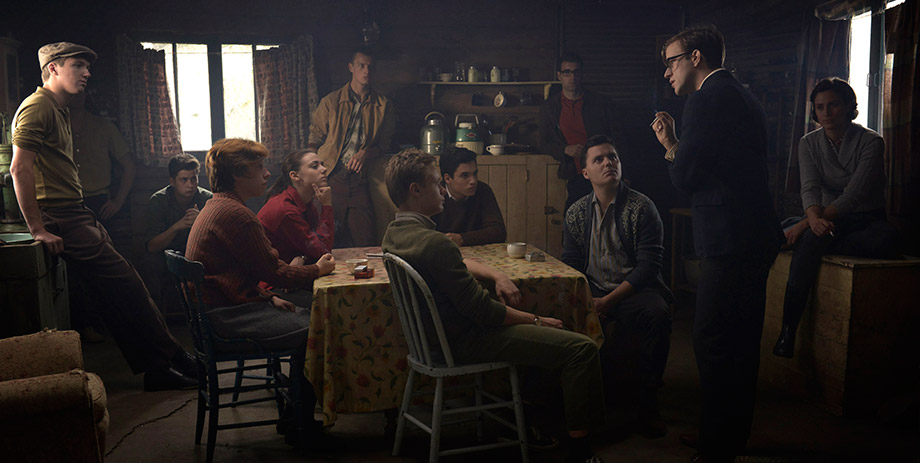 Spoiler alert: Jean Corbo was a real person, and he’s remembered primarily as someone who was killed due to a mistake made in the setting of a bomb. And during this part of his story, there’s an amazing sequence in the film. Corbo has sneaked into the location where he’s supposed to set the bomb, and he’s planting it in a broken-down car. As he’s checking the bomb, he realizes that the timer has run out, and it’s about to explode. So he gets up and runs quickly away from the car, and when he’s a safe distance away, he looks back, and sees himself still in the original position, kneeling beside the bomb. And then everything stops for a moment. And then blam. It’s an amazing filmic scene.

The film isn’t saying that the FLQ was a great thing, but it’s also not an easy dismissal of the group’s goals and objectives. It made it a far more thought-provoking film, for me.

Number 1: Gravity As I said, above, I fully expected Twelve Years a Slave to be my favourite for Best Picture, but then I saw Gravity and was utterly blown away by it. At some level, I’m happy that Twelve Years won Best Picture, because I think that it’s a more important film. But just going on what film I enjoyed more, I’d have to say that I ended up preferring Gravity. I also watched Blue Jasmine just before swearing off Woody Allen forever, and I preferred Bullock over Blanchett for Best Actress (although part of me wanted Amy Adams, the only Best Actress nominee with no Oscar, to win).

Runners-up: other films I really, really enjoyed in 2014:

Last year, I pointed out a bunch of films that weren’t really in my favourites, but which had at least some moment that I enjoyed. And I have some in that category this year:

Admittedly, I feel like I’ve become a bit more selective about films I’ll try out. Those ones made the cut, and I hated them anyway.

I’m continuing to find that more interesting story-telling is happening in television, these days. At the moment, Hannibal is my favourite show on television. The second-season finale was gorgeous and painful. Some amazing writing and set design and ohmigod sound design on that show.

Other shows I’m liking: Marvel’s Agents of SHIELD is on my “most improved” list. The most-recent seasons of The Good Wife fascinate me with the way they’re experimenting with different story-telling devices. And I liked this season of Mad Men and look forward to the final season. And I liked season 2 of Orange is the New Black and ohmigod Samira Wiley. I haven’t quite fully decided where I stand on Gotham, The Flash or Constantine, but I’m still watching them. At its highs, Constantine is quite good, but I’m not sure it’s averaging out well. I like Game of Thrones, but I’m not in love with it (too much Bran; too much Theon; too much Stannis).

Sio and I watch Sleepy Hollow together, but I yearn for it to be more substantial. I enjoyed a shorter series called Intruders: it really satisfied my enjoyment of a slowly revealed premise. And I just recently caught Outlander, which I liked.

The SyFy series, Ascension pissed me off and I’ve bailed on both Elementary and Arrow. Especially after Arrow killed its best character. I mostly liked the American version of The Killing, but this last season was the weakest.

I often turn to cop procedurals as brain candy, but I feel like all the good stuff comes from Europe. The Danish/Swedish series, The Bridge was good. And the British series Scott and Bailey was a fun watch.

What else should I try? What are you watching?