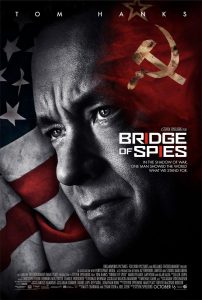 Number 5: Bridge of Spies: Okay, I’m a sucker for a good Cold War story. During the parts of the film that take place in East Germany, I loved how the film was making us feel as untethered as the Tom Hanks characters was. Tom Hanks’ character is an interesting character study: at the same time tremendously pragmatic, but also willing to go far out of his way for his stretch goals. But the best part of the film is the performance of Mark Rylance as unflappable Russian spy Rudolf Abel. 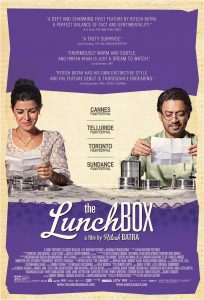 Number 4: The Lunchbox: This film is actually a few years old. I noticed it when it first showed up on my Apple TV Movies list, and I intended to find time to watch it. Mostly because I’ve liked just about everything I’ve seen Irrfan Khan do. What I liked most about the film was the very light touch that it employed. The premise is a bit simple. Irrfan Khan is an accountant in a government office, with one month to go before retirement (!). He’s avoiding connections with people and avoiding training the younger man who is due to succeed him in the job. Due to a delivery mix-up, somehow he starts receiving lunches made by a young woman named Ila, who is making the lunches for her somewhat distant husband. He initially assumes that the lunches he’s hired from a local restaurant suddenly got better. It quickly becomes clear to Ila that her lunch is going to the wrong place, so she starts writing notes to put in with the lunches. Soon the two are connecting via their daily correspondence, and Ila doesn’t bother to inform the delivery service that the lunch is going to the wrong place. There’s nothing overtly dramatic about their interactions; like I said, it uses a really light touch that I quite enjoyed. 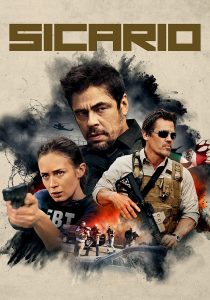 Number 3: Sicario: I’m often very fond of movies that keep you in the dark about what’s going on, and this film definitely falls in that category. You don’t really understand the movie until you reach the end. If done well, it’s a style of movie that I really like and this one delivers on that structure. Also, I’m rather fond of darker crime movies, especially crime epics, and this delivers on that as well.

Number 2: Trumbo: A movie about the movies. With bonus Communists! And McCarthyism! Black lists! And a great performance by Bryan Cranston. The movie has a lot to love. But I especially approve of anything that portrays John Wayne as the colossal dick that he was. 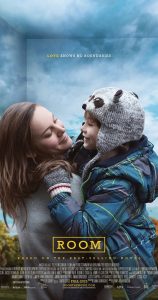 Number 1: Room. This film is not a feel-good happy-making film, given that it’s principally about a young woman who was abducted and imprisoned for several years. But what mitigates (to some extent) the premise of the film is that the focus of the story is on the relationship between the young woman (played by Brie Larson, the future Captain Marvel) and her son Jack. I saw this film shortly after the Oscars (which are dead to me), and it immediately jumped into the category of “film to beat.” I felt then that it was almost-certainly going to be on this list of films by year-end, and that it had a good chance of being in the top slot. It’s a very good film, and nothing else I saw in the year topped it.

There have been a few movies and TV shows, recently, about long-term abduction. Unbreakable Kimmy Schmidt covered this territory. When The OA went to this ground, I was already feeling like I was at my saturation point. I saturated pretty quickly.

There are a number of films that I really want to see, but have not seen yet: Denial is probably at the top of that list, with Arrival in a close second-place. I’m also keen about The Accountant (again, dark crime stories). I’m a bit less certain about Sully; the topic looks interesting, but I’m no longer sure I’m trusting of a director who shouts at chairs.

There were a number of other films that I’m interested in mentioning:

My biggest disappointment in film has to be Secret in their Eyes. To be fair, I loved loved loved the 2009 Argentinean film of which it’s a remake. And as I said, above, I usually like remakes, because I like to see what different filmmakers choose to emphasize. But so much of the beauty of the Argentinean film is missing from the American remake. The remake is just a particularly banal crime drama. The original was about trying to make sense of the past. It was partially a love story. Partially a character study. Filled with little, beautiful moments: when Espósito understands the meaning of the turned-down photograph; the resolution to the discussion about the typewriter that can’t type the letter ‘A’; the contrast between Espósito’s disquiet about lack-of-closure of the case versus Morales’ day-to-day dedication to getting justice for his dead wife. It’s sad that this remake was bungled so badly. 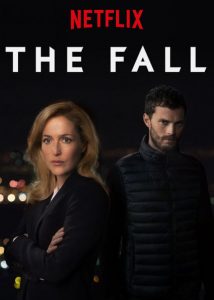 Number 5: The Fall: The third season of this serial killer/cop procedural just showed up on Netflix. And while I was originally unsatisfied that the show was still pursuing the Paul Spector storyline, every scene involving Gillian Anderson as DSI Stella Gibson was absolutely amazing. 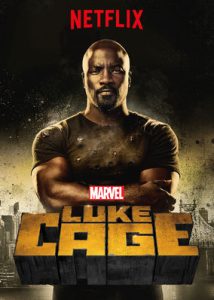 Number 4: Luke Cage: Although the last episode or two were a bit less-than-stellar, in general, this show was really, really good. I think Jessica Jones is still my favourite of the Netflix Marvel properties, but Luke Cage is really damn close. 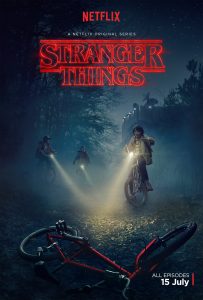 Number 3: Stranger Things: I binged it pretty quickly. I’m not even a huge fan of the kids-on-bikes genre, and I really enjoyed the series. Mostly it’s because of Eleven.

Number 2: The Expanse: Possibly some of the best SF TV I’ve seen in quite some time. I confess that solar-system-based SF has always interested me. The Expanse is, I think, the first time I’ve seen that concept brought to TV. 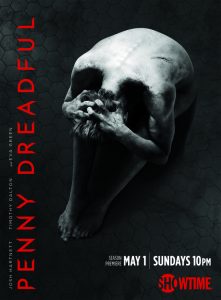 Number 1: Earlier in the year, I made a bigger post about how much I love Penny Dreadful and how much I’m going to miss it now that the show’s ended. It was my favourite show, and I’m sad that it’s over. Perhaps The Expanse will fill its place, but I fear that it’ll fall short in the “darkly atmospheric” department.

I’m still watching a number of other shows. I’ve got quite a Monday-night line-up: Supergirl and Lucifer and Timeless. None of them are great, although Supergirl is probably the best. I suspect that I’ll tire of Timeless pretty quickly, but for a while I enjoyed the dynamic where they’d make unsubtle changes to the past and the historian would be all, like, “but that’s not the way it happened” and the government overseer would be, like, “Eh, it’s close enough.” I don’t feel like I’d seen that particular attitude in time travel shows.

I’m a bit more fond of Frequency, a TV series based on the late-90s movie (which I enjoyed). Mostly the series has been good, but I can’t imagine where they’re going to take this for a second season.

I mostly liked a Netflix series called The 3%. I wish it had had better production values, and the premise frequently broke my suspension of disbelief, but it really works as a metaphor for immigration. I don’t know if that’s what the creators intended, but that’s the association that I keep making. And I confess that I’m still trying to figure out what I think about The OA. It’s really really New Age-y and often redonkulous, but also seems to successfully say something about human connection in difficult circumstances.

I decided that I’d had enough of Game of Thrones at the end of last season, especially given how the rape-o-meter was off the charts that season. So I didn’t watch the most-recent season. I also haven’t seen Westworld, but I might consider it when it comes out on iTunes. Hey HBO: please sever your exclusivity deal with Bell because they suck and I’d happily pay a monthly subscription for HBO Go.

I didn’t watch Class because I think the writing on Doctor Who is just plain awful these days, and I decided to wait until I heard good buzz. I did hear good buzz, but only from, like, one person. Similarly, I haven’t watched the Christmas Special.