September 5, 2013 BC Holmes Uncategorized No comments

Another Toronto International Film Festival has started up, and today I not only went in to the box office to grab my tickets, I also had my first film.

I probably say this every year, but one of the things I really like about the festival is getting to see films that I’m unlikely to see any other way. Some people who go to the TIFF seem to want to sit in the same room with a celebrity, so they’re going for the major Hollywood releases. Me, I’d rather get tickets to smaller, more independent flicks that aren’t likely to come to cinemas. Usually the films I pick are foreign, or they’re documentaries. This year, once ticket selection started, I headed right for the Contemporary World Cinema track and found most of my choices, there.

Tonight’s showing was actually a set of five short African films: two very short films (11 minutes and 15 minutes) and three longer pieces (20, 25 and 33 minutes). Over the last few years, I’ve caught some really interesting African films in the last few TIFFs — I don’t get many opportunities to catch African cinema, so a sampling like this was pretty sweet. 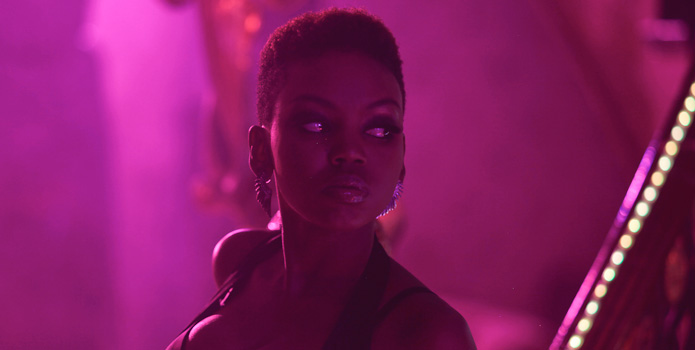 The first film was Homecoming from Nairobi, Kenya. In it, creepy dude Max (who seems to spend his days photographing his unsuspecting neighbour Elena) has these (often science-fiction) daydreams about his happy life where Elena is in love with him. His fantasies are smashed on the rocks when the real Elena arrives at Max’s place to invite him to a homecoming party for Elena’s fiance. It’s a cute little film which, sadly, takes the all-too-common starting position that creepy behaviour can be charming if the person engaging in it has an active fantasy life. 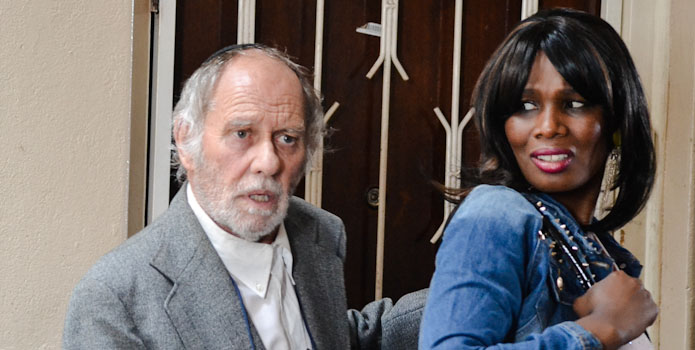 The next film, Berea involves an older Jewish man living in Johannesburg. He’s an older fellow, a bit unsure about how urbanized the city has become. Anyway the story begins when his usual Friday-afternoon sex-worker, Ilsa, isn’t able to make it and sends a (black) colleague to fill in. Is he a racist, or someone who just doesn’t deal well with change? And when he sees that she has a tragic backstory, will he follow in the footsteps of all the dudes who seek to rescue a sex-worker from ALL THAT? It’s a small, unhurried story, but didn’t quite land the notes I think it was trying to hit.

The third film, To Repel Ghosts, was a fictionalization of American artist Jean-Michel Basquiat‘s trip to Abidjan, Côte d’Ivoire. While watching this film, I was strongly reminded of the film I saw last year from Côte d’Ivoire. Both films had a sort of rough quality to them, but last year’s film assembled its scenes in a fairly utilitarian fashion. Each moment served only to explain the characters or advance the plot. This film was more casual; willing to take time exploring an emotional moment in the film. But, sadly, I felt like its central narrative was unpersuasive. What it wants us to experience is that Basquiat was somehow affected by his time in Abidjan. The film even tells us that when he died, he had a one-way ticket to return there. But I don’t feel like I joined the protagonist on that emotional journey. Sad. 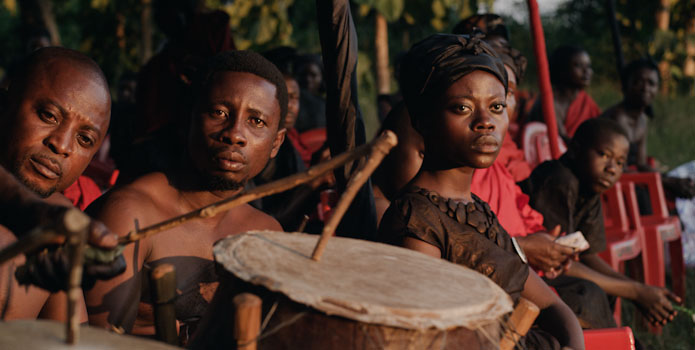 The fourth film might well be my favourite. It’s a Ghanaian film called Kwaku Ananse: in it, a young woman returns to her hometown to attend the funeral of her father. Her father happens to be Kwaku Ananse (or, as Neil Gaiman would spell it, Anansi). The film doesn’t explore what it means for a young city woman to be the daughter of a mythic figure. Instead, it’s about saying goodbye to her father. Shortly after the funeral, she wanders into the woods to ask her father some questions (he’s a mythic figure; of course he’s available for questions after the funeral): why did he gather up all the wisdom in the world and put that wisdom into a gourd? And where is he now? In some ways, this is a metaphor for the myth, itself. In the Q&A afterward, the director, Akosua Adoma Owusu, said that the Kwaku Ananse stories aren’t really being told in Ghana any more.

The film itself is nicely shot, with wonderful locations, lush music, and beautiful titles (which play on spider imagery — this is so not the film you want to see if you have hang-ups about spiders). And it’s in Twi. This is part of what I love about TIFF — how often do you get a film where the characters are speaking Twi? It’s a gorgeous, gorgeous film.

The final film in the list is Noye’s Fludde. I don’t know what I was expecting, but the end result was marvelous. It’s basically adapted from a one-act opera version of Noah’s flood by Benjamin Britten (which is also the performance going on at the end of Moonrise Kingdom, if’n you remember that). With changes. It takes place in Cape Town, with a black cast, modern-day setting, sung almost entirely in Xhosa, and with a female Noye who kinda looks like Rosie the Riveter in her work overalls. The filming cuts back and forth between the characters in their locations — Noye’s workshop and a nearby field where the ark is assembled — and a music studio where the actors perform a more staged (rather than filmic) version of the opera. The budget is light — they use shadowshow, for example, to convey the variety of animals boarding the ark, and they communicate the 40 days and 40 nights of rain by having children paint their impressions of a storm. The ark, which looks a bit like the yellow submarine, is their most complex set piece, and it’s still surprisingly modest. But the end result is quirky and funny and just delightful. God’s final appearance, telling Mama Noye to open up the ark, is on a black-and-white TV. And there’s a wonderful line of dancing girls coquettishly closing up their welding masks.

This may be one of the best experiences I’ve had with a first-showing-of-the-festival. They weren’t all perfect films, but I was happy to have seen each of them, and the last two were especially strong.

Another cool thing about TIFF: this particular event has four directors of colour, including one woman of colour. There are so many directors of colour with films at TIFF — I don’t get this kind of selection anywhere else. Going in to this showing, I probably would have guessed that the white South African director would have directed the only film with a white/Jewish main character, but I would have been wrong.