The Gatekeepers has been the most powerful film I’ve seen so far. At first, I was a bit wary of it — it’s a documentary about the Israeli security agency, Shin Bet, in the style of The Fog of War, and I feared that this would be an attempt to humanize the people who plan out state-authorized atrocity. The director interviews the six most-recent former heads of Shin Bet and gets them talking about some of the big anti-terrorism cases of the last number of years. And what they say is really quite interesting. 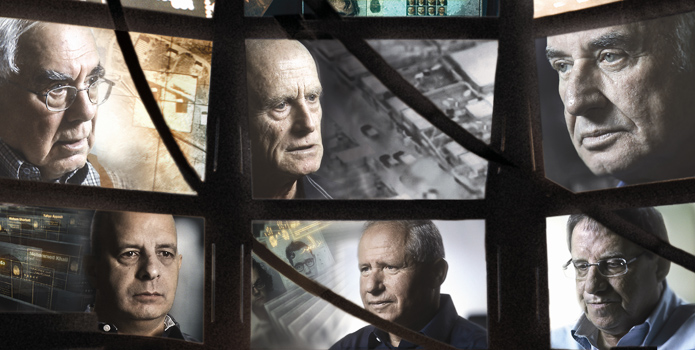 They don’t say simple things. They describe, candidly, that for much of their history, they had no notion of an “illegal order”. They seem like people who’ve all come to terms with living in a world of shades of grey, and least harm and crap like that. They’re upfront about assassinations, and missile strikes, and collateral damage. And yet they’re not unaware of “the banality of evil” and are quite thoughtful about the efficacy (or lack thereof) of their brand of terror-fighting and about the political impossibility of any other approach.

They talk, unguardedly about foiling plots on the parts of right-wing extremist groups to blow up the Dome of the Rock, or to plant bombs on buses, and how public opinion about those cases was so different than similar cases involving Palestinian suspects. And there’s discussion about the right-wing hatred of the Oslo Accords and the assassination of Yitzhak Rabin.

There was also a really interesting, albeit creepy, conversation about their assassination of Salah Shehade: they dropped a one-ton bomb on the building where he was staying, and a number of civilians — somewhere between nine and fifteen — were also killed. They seem genuinely upset about the deaths, but then follow that up with later story, where they had the opportunity to get a dozen leaders of Hamas who were meeting. The Prime Minister was afraid of another one-ton bomb in a civilian neighbourhood, so he would only approve a quarter ton bomb. They knew that if the Hamas leaders were on the second floor of the building they were targeting, they’d die. But if they were on the first floor, they’d probably not be affected. The Hamas leaders survived, and you can just see these security guys all pissed off about how the earlier incident made them second-guess themselves.

The film is quite powerful. It ultimately ends with several of them concluding that, yes, the Israeli state has become cruel and inhumane in its treatment of Palestinians, and that, regardless of the fact that they’re having significant successes stopping acts of terror, their tactics are creating martyrs, and they feel particularly bleak about there ever being long-term success. “It’s all tactics, and no strategy,” says Avraham Shalom.