My latest quest is to figure out digital inking. I really like working with india ink, and I like the look of a well-inked piece. Part of my problem is that I’ve reached a certain skill level with pen and ink, and I’m resisting having to relearn: I want my skill with digital inking to be immediate!

There seems to be two main schools of digital inking: the brush school and the pen school. Here’s a pen example:

And here’s a brush example:

END_OF_DOCUMENT_TOKEN_TO_BE_REPLACED

At the beginning of the year, I signed up for a Digital Painting class. As I mentioned, I picked up a Wacom tablet over the holidays and wanted to learn how to use it. The class itself is fairly short — a mere 7 weeks — and the focus has been pretty narrow. Our primary exercise in class has been to create a portrait from photo reference. For my part, there’s been a bunch of stuff that’s new to me. I mean, heck, I’ve never really used Photoshop before January, although I’ve done very basic image manipulation with Gimp.

So. New tablet. New Photoshop. Recall that the very first thing I drew with my tablet looked like this:

END_OF_DOCUMENT_TOKEN_TO_BE_REPLACED

I’m continuing to practice different things related to constructing comics. As a simple lettering exercise, I decided to re-letter my final assignment from my cartooning programme.

There are things about Illustrator that I find irritating and more complex than necessary. Like, why do I use different tools to add path points and remove path points? Inkscape feels ever so much better at this to me. But whatever. A tool’s a tool.

END_OF_DOCUMENT_TOKEN_TO_BE_REPLACED 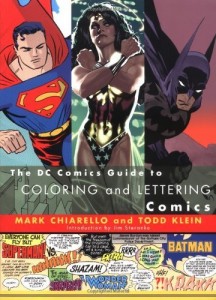