The League of Extraordinary Ladies

September 14, 2013 BC Holmes Uncategorized No comments 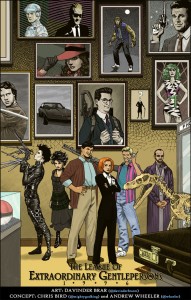 I can’t quite remember where I noticed it, but some forum or another was talking about a 1990s version of the League of Extraordinary Gentlemen, complete with some fan-created art. There are some cute inclusions, here, but I started imagining an all-female League from the 1990s.

How about some of these folks, for a nice, well-rounded team: 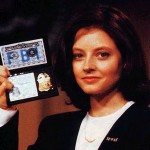 Leading the team, of course, would be FBI profiler Clarice Starling, famous for defeating the serial killer “Buffalo Bill.” (Scully might also be a good substitute). 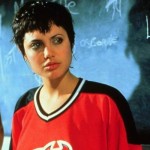 Weapons expert Sarah Conner can provide some muscle, but her innate distrust of computers tends to make her butt heads with Acid Burn. 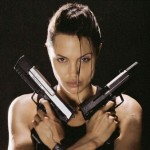 Archeology expertise comes in the form of Lara Croft (the video-game version of her exists in the 90s, but the movie doesn’t come out until 2001. The much lesser-known Sydney Fox might be a good substitute and could provide some much-needed racial diversity). 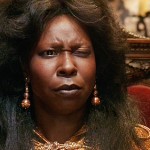 Some other character ideas: British senior cop DCI Jane Tennison, mystery writer and amateur detective Jessica Fletcher, or martial artist Julie “The Next Karate Kid” Pierce (although she’s probably not quite as iconic as the other characters). Trinity (from The Matrix) and Ripley are pretty iconic, but their stories take place in the future. It could also be interesting to have an older Jordan Cochrane (from Real Genius) acting as a scientific advisor to the team.

What 1990s characters am I missing?