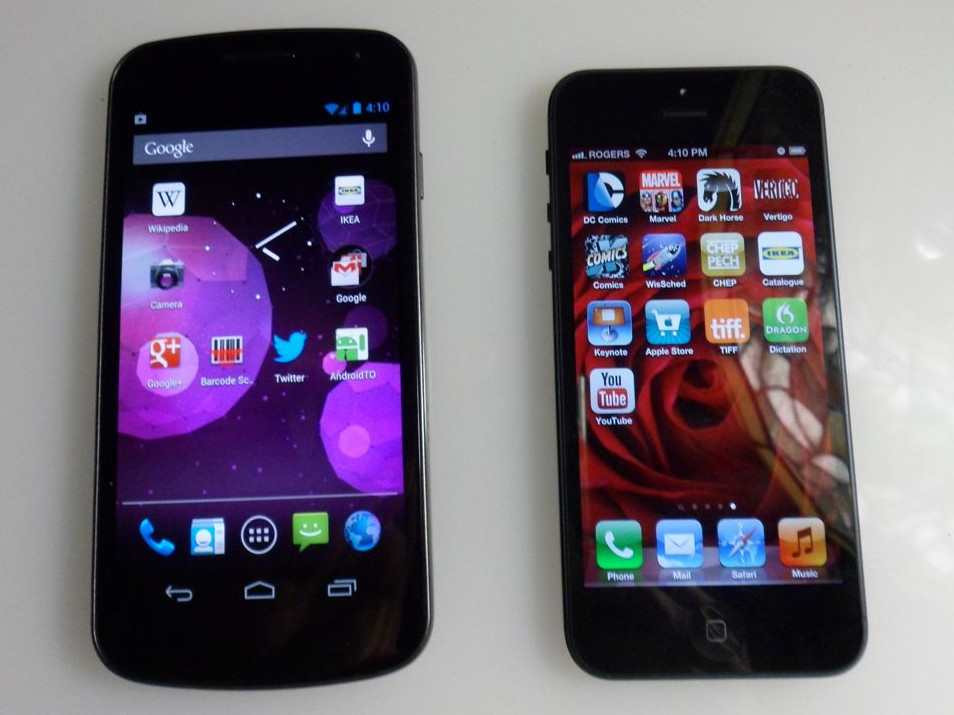 I confess that I don’t yet love the two phones equally. I’ve carried an iPhone for three years, and it definitely has the home-field advantage. But I’m trying to avoid stupid bias: I make a point of using the Android device every other day or so just to ensure that I get used to doing things with it — used to the most common application heuristics and the like. There are things about the Android that I like that aren’t supported on the iPhone. I feel like there’s a more vibrant development community for the Android than there is for the iPhone — although the harshness of their anti-iPhone invective is sometimes a turn-off. Also, I want to strangle the person who put this button here:

This over here? Makes me weep.

I find that I’m far more bought-in to the Apple ecosystem than to Google. I’ve never wanted Google to host my email or know about my friends’ phone numbers. So it ends up being much more straight-forward to synch my photos, my contacts, etc. between the iPhone and my Macs than to accomplish anything similar with the Nexus. My iPhone also connects easily to my Exchange server at work (I can spew my own invective about Exchange, though, let me tell you) — it looks like Android also supports exchange, but I haven’t tried it.