I mentioned this over on Google+, but I’m still pretty excited about it, so I’m gonna mention it here, too.

A while ago, I encountered the work of a comic artist named Dave Wachter — I particularly love the stuff he does with ink wash. So I decided to commission a piece from him. I ended up asking him to use a coupl’a mostly-forgotten WWII characters (who’ve fallen into the public domain): Marvelo and his arch-nemisis, Ramun. Dave also threw in Ramun’s ape sidekick, Edpo. I thought the end-result was quite striking: 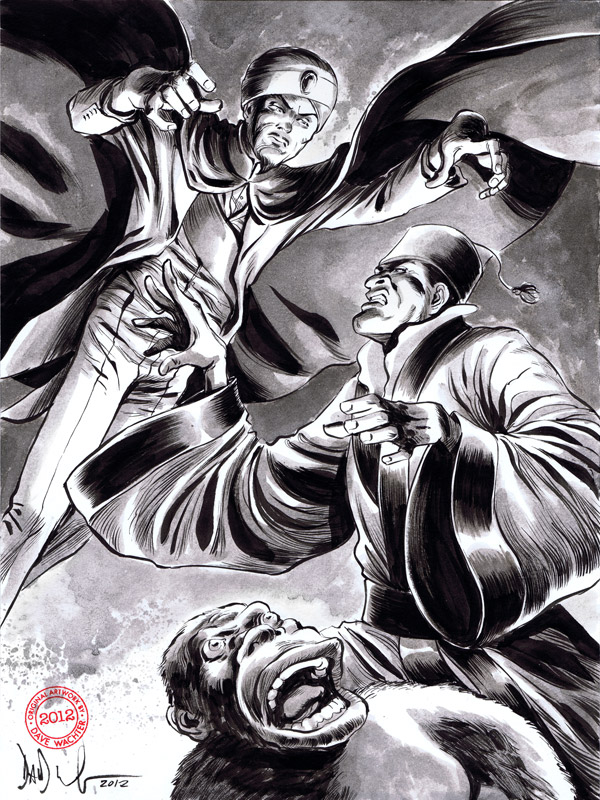 Like I say, I’m really attracted to his technique with ink wash.

Take a look at some of the other pieces Dave has done: